The second wave of the Covid-19 pandemic has forced India to accept foreign aid – including from the Chinese Red Cross[1] – for the first time in 16 years. For Indians of a certain persuasion, there is a particular shame in the Bharatiya Janata Party (BJP)-led Indian government having to seek foreign aid. For their worldview comprises a mix of various resentments against the perceived outsider – Muslims, Westerners/Christian missionaries, Chinese/atheists. Indeed, the strength of articulation of the vishwaguru trope lies precisely in this reality and the need to have something that is apparently of India’s ‘own’ to offer.

END_OF_DOCUMENT_TOKEN_TO_BE_REPLACED

China has long adopted a foreign policy of undermining Indian influence in South Asia. Beijing’s assertive approach has included regular high-level official visits, the Belt and Road Initiative (BRI), and the sale of military weapons and platforms to India’s neighbours. The Chinese aggression in eastern Ladakh in the summer of 2020 is only the latest form of such a policy.

Clearly, there is little let-up in China’s pace despite the fact that the Chinese economy is struggling on a number of fronts. One of these is the impact of COVID-19 but this might be said to be a common problem across the world. What is noteworthy is that China is currently also contending with the consequences of an ongoing and sharpening conflict with the United States in the form of a ‘trade war’ since January 2018, and what is being described as a new cold war on the political front. What is more, the chances of an outbreak of kinetic conflict because of a mistake or heightened tensions cannot be ruled out either. How is it then that China has opened up a new front of conflict on its borders with India at this juncture?

END_OF_DOCUMENT_TOKEN_TO_BE_REPLACED 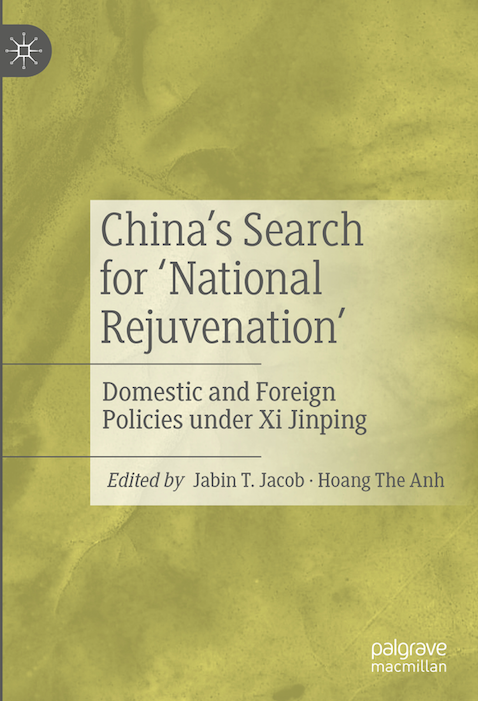 There are three ‘cold wars’ that have been underway for some time, which involve India and China. Each shows both how much the world has changed since the ‘original’ Cold War between the US and the USSR and how distinct in their worldviews and approaches India and China are from the superpowers of an earlier era. These cold wars are also now picking up pace.

The first cold war is a direct one. Mutual trust has never been a strong suit of the India-China relationship but the ongoing Chinese transgressions along the LAC indicate a significant breakdown of long-standing bilateral agreements and can be considered a tipping point. For the foreseeable future, LAC face-offs involving violent physical altercations and possibly casualties will be the norm. And yet, these are unlikely to escalate into full-fledged conflict even as both sides criticise each other more openly in bilateral and multilateral conversations.

What also separates the India-China cold war from its predecessor between the superpowers is the deep and growing economic linkages between the two sides. Another feature is the distinct asymmetry in both the military and economic equations in China’s favour. But while calls in India for selectively boycotting Chinese goods are unlikely to work, the Indian government can still prevent any further Chinese ingress in the form of capital and technologies. Given its own political economy, this might be more of a concern for China, than the LAC itself. Asymmetry, thus, does not necessarily mean lack of leverage for India and avenues for negotiations and compromises will exist in the relationship.

END_OF_DOCUMENT_TOKEN_TO_BE_REPLACED

Last week, the Nepalese government released a new map of the country which included Kalapani at the India-Nepal-Tibet trijunction as part of its territory,[1] drawing immediate protest from India.[2] Administered by the latter as part of its Uttarakhand state, the area has been a bone of contention for several decades now between Nepal and India.

Earlier, in November 2019, Kathmandu chose the occasion of the release of new Indian maps to reflect the reorganization of Jammu and Kashmir, to register fresh protests over the depiction of Kalapani as Indian territory.[3] The trigger for the present Nepalese action seems to be the inauguration by the Indian Defence Minister Rajnath Singh of a new approximately 90km-long road to the Lipulekh Pass, across Kalapani.[4] This route is one of the two through India for the annual pilgrimage to Kailash Mansarovar in Tibet. The other route through Nathu La in Sikkim was hitherto the only one with a proper road while the Lipulekh route involved an arduous three-week trek. With the new road, travel time from Delhi comes down to as little as three days. END_OF_DOCUMENT_TOKEN_TO_BE_REPLACED

The victory of Gotabaya Rajapaksa in the presidential elections in Sri Lanka in November and the subsequent appointment of his older brother and former president Mahinda Rajapaksa as prime minister have created some concerns in India that the island nation might be returning to a more pro-China foreign policy.

It is important to look into these concerns more carefully.

One, it is not as if the Sri Lankans under former president Maithripala Sirisena, and successor to the older Rajapaksa, was able to pull his country completely out of the Chinese embrace. As is well-known it was during Sirisena’s tenure that the country had to sign over Hambantota to China in 2018 for a 99-year lease.[1] And other major Chinese investments such as the Colombo Port City and the Norochcholai power station continued unhindered. END_OF_DOCUMENT_TOKEN_TO_BE_REPLACED

In late September this year, the Communist Party of China (CPC) scored a propaganda coup by conducting a two-day training programme in Kathmandu for top leaders and cadre of the ruling Nepal Communist Party.[1] To think that this has happened in their near neighbourhood should worry Indian policymakers but it is also important to understand Chinese motivations and the tools at their disposal for these have implications for political systems everywhere, and especially for democracies.

In mid-December 2018, at a speech commemorating the 40th anniversary of the beginning of economic reforms and opening up in China, CPC General Secretary and Chinese President Xi Jinping pointed out that as a result of its economic reforms and growth, China had ‘significantly raised its cultural soft power and the international influence of Chinese culture’.[2] END_OF_DOCUMENT_TOKEN_TO_BE_REPLACED

Today, the Chinese portray the 15th century voyages to the Indian Ocean by their admiral, Zheng He, as aimed at promoting diplomacy and trade. But the record shows that these were expeditionary voyages of the Ming dynasty navy that apart from making gifts to local leaders and religious and other institutions along the route also involved itself in local politics. In one case, in Sri Lanka, Zheng even effected a regime change.

History has been repeating itself after a fashion in the modern era with China throwing its support behind then Sri Lankan president Mahinda Rajapaksa’s in his fight against the LTTE, his economic development programmes and then his re-election effort in 2015. Following his loss, however, Beijing slowly made amends with his successor Maithripala Sirisena, and recently announced a ‘gift’ of US$295 million to be utilized for any project of the latter’s wish. END_OF_DOCUMENT_TOKEN_TO_BE_REPLACED

What does the removal of term limits for the Xi Jinping presidency in China mean for the developing world and, in particular, for South Asia?

One possible effect could be a demonstration effect.

China’s decades-long rapid economic growth has long been a source of envy and inspiration for many countries in the developing world. Some like Vietnam, for instance, have used China as a model in launching its own opening up and reforms process. Other countries, including many in South Asia, have seen Beijing as an alternative to the West for financial resources and capital.

With Xi’s latest move, an ambitious autocrat can try and sell the idea to his people or the elites that matter that he, and he alone holds the solutions to a country’s problems.

And often, as in the case of President Abdulla Yameen in the Maldives, who has imposed a state of emergency in the island nation, they will do so with considerably less finesse than Xi.

More of the Same? END_OF_DOCUMENT_TOKEN_TO_BE_REPLACED

Thinking about China in India
Blog at WordPress.com.
Loading Comments...