The Chinese objective will be to keep India out of the US camp in a way that prevents any substantial balancing or containment strategies against China. Chinese commentary and analyses of US President Barack Obama’s visit to India offer some clues to how they might seek to go about achieving this goal. China will employ both rhetorical devices and measures that have to be taken sooner or later such as for example, support for Indian membership of important regional and international bodies as well as substantial measures such as trade and investment opportunities from China.

Given their strong self-identification as a challenger to the United States’ current role as the world’s dominant political and economic power, and their belief that they are the preeminent power in Asia, the Chinese are particularly sensitive to Washington DC’s foreign policy moves, and especially so, with respect to Asia. Thus, US President Barack Obama’s visit to India was keenly watched, reported and commented upon by Chinese analysts.

Chinese President Xi Jinping’s visit to India starting with Gujarat, the home state of Indian Prime Minister Narendra Modi was an effort at a ‘special’ kind of diplomacy. Xi has tried to cultivate a reputation as a man of the people since he became General Secretary but in the foreign arena, barring exceptions like Zhou Enlai, Wen Jiabao and now Li Keqiang, Chinese leaders have seldom been known to display either flexibility or warmth. Xi had already set a trend by taking along his wife, Peng Liyuan, on important state visits but on the India visit he also made an effort to wear traditional Indian clothes and even sit cross-legged and try his hand at the charkha.

But Xi and Modi did not exchange any bear hugs. By contrast, Modi has completed what has been called a ‘quadrilateral security hug’[1] with Shinzo Abe of Japan, Tony Abbot of Australia and now, Obama. And while Xi has invited Modi to visit Xi’an, capital of his home province of Shanxi, no one is under any illusion that there will be any great warmth in the personal ties between the two leaders. Modi while laying out a thick red carpet and putting on a good welcome also uses personal chemistry as a way of remind both his opposite number as well as the watching public just exactly what the national equations are. If anyone was in any doubt, the Indian Ministry of External Affairs has helpfully put out a photo feature titled, ‘The Warmth of the Embrace’, explaining exactly how India viewed the practice.[2]

And by inviting Obama to be the chief guest at India’s 66th Republic Day parade – a hitherto unheard of honour for an American President – and through the great, even egregious display of warmth towards Obama,[3] Modi clearly signified the relative importance of the US in his foreign policy calculations vis-à-vis China. 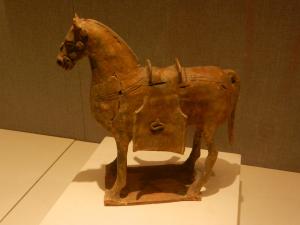 Reading between the Chinese Lines

The Chinese have not been blind to Modi’s display of personal and strategic camaraderie with the Americans.

One Chinese scholar suspected the US was engaged in an attempt ‘to split the relations between China and India, as well as India and Russia, in an effort to fulfill [its] strategy of a “re-balance”’.[4] The Chinese also doubt the permanence or stability of the Indo-US equation[5] and declare that the ‘bromance’ between Modi and Obama ‘do[es] not suggest any substantial improvement in the bilateral ties’.[6] One commentary before the visit predicted that the United States and India were unlikely to be on same page suggests another commentary ‘given their hard differences on issues like climate change, agricultural disputes and nuclear energy cooperation.’[7]  India is also reminded that it was not the only country in South Asia that the US was trying to court and Pakistan remained important to the latter as part of its counter-terrorism efforts.[8]

What has drawn the most attention from Chinese analysts perhaps is the reference in the US-India Joint Strategic Vision concept for the Asia Pacific and the Indian Ocean Region to the South China Sea.[9] Several Chinese commentators, including scholars at conferences, have loudly asked what role India had to play in the South China Sea. Even as they appear to suggest and perhaps quietly believe that India has bought into the American rebalance strategy in Asia, publicly they also stick to the standard line that India with its tradition of non-alignment will be unlikely to ally with the United States.[10] There are also calls for China and India not to fall into a competitive dynamic created by the West[11] and plenty of references to increasing Sino-Indian economic ties and to various high-level visits between the two nations.

To drive home the point further, Chinese reports also cite Indian commentaries stating that New Delhi should not develop or promote ties with the US at the expense of ties with China. Readers are reminded of the depth of the Sino-US economic relationship and while Sino-Indian economic ties are also growing.[12] Prominent American voices are also quoted to show that the Obama visit to India was neither aimed at China nor resulted in any grand geopolitical objectives being achieved.[13] There is at least one Pakistani commentary in the Global Times that questions India’s ability to be a responsible power, calls it ‘hegemonic’ and says that the US has ‘upset the region’s strategic equation’.[14]

Even if they claimed that Sino-Indian relations were little affected by Obama’s visit,[15] the Chinese will remember the differentiation Modi has made between Obama and Xi. This will not prevent them from playing the perfect hosts to Modi during his visit to China scheduled for May 2015 but pomp and theatre cost China very little and always hold the promise of impressing, if not turning around, at least a few in Modi’s entourage. Beijing will derive its price through other means.

New Delhi already has experience of this during Xi’s India visit, when after whetting the appetite of Indians on Chinese investments with figures as large as US$100 billion in a five-year period, what was eventually declared was a mere US$20 billion. However, having brought expectations down so low, Beijing might also be smart enough to contribute to Modi’s desire for an ‘outcome-driven’ visit[16] by adding somewhat more to the investments kitty.

China has also sought to offset the Indo-US bonhomie by frequent references to the Russia-India-China (RIC) trilateral and the fact that India was slated to soon become a member of the Shanghai Cooperation Organization (SCO).[17] This is possibly part of a two-fold strategy. One, it links the progress of India’s membership of the SCO and any traction that India will have in other Chinese-driven or –led initiatives to its willingness to go along with or keep in mind China’s interests. Such an attitude is partly behind the Chinese (like the Pakistanis[18]) calling on India to take more steps to meet the standards of the Nuclear Suppliers’ Group.[19]

Two, it might also signal greater efforts to tie India into multilateral talk-shops like the RIC or BRICS in a way to hold New Delhi to at least its rhetorical commitment to a multi-polar world or to remind it of its own non-alignment policies.

In the final analysis, the Chinese are a lot more confident than they let on about their greater importance than India to the United States. There is greater follow-up, and therefore, more results, in the wake of high-level meetings between Chinese and American officials and leaders than in the case of those between the Indians and Americans, despite the considerably greater tensions and suspicions in the former relationship. And that is where Modi and his government will need to pull up their socks. Relations between major powers are not only about camaraderie between their leaders but about the establishment of sound processes and mechanisms that both sustain and spread goodwill across their various branches of government and to their public in addition to ensuring positive results from the interactions. In fact, Indian Foreign Secretary, S. Jaishankar, on 16 March 2015 in his first public address since taking over, acknowledged the Indo-US relationship had a long way to go in these respects.[20] That this speech should have followed so soon after the apparent high of the Obama visit will not have surprised the Chinese much.

[2] Ministry of External Affairs, Government of India. ‘The Warmth of the Embrace’, Photo Features, 5 March 2015, http://www.mea.gov.in/photo-features.htm?1037/The+Warmth+of+the+Embrace