Chinese Claims on Arunachal: A Consequence of the Sino-Tibetan Dispute

For China, Arunachal Pradesh or NEFA, as it was then known, had little significance in the early years of the Sino-Indian boundary dispute. Rather, the main Chinese claim was only the Aksai Chin area in the Indian northwest and this was best exemplified by China’s withdrawal from NEFA after ending the 1962 military operations.

In the mid-1980s, however, the core of the dispute for China shifted eastward to Arunachal Pradesh. At least three possible reasons can be highlighted for this new Chinese emphasis.

First, Arunachal is rich in mineral, water and timber resources and is therefore important from the Chinese point of view for the economic development of the Tibet Autonomous Region.

Second, in the mid-1980s the Chinese apparently discovered fresh historical evidence in China that suggested links between the Buddhist-majority parts of Arunachal Pradesh and the Tibetan administration in Lhasa were stronger than they had originally believed – Tawang is the birthplace of the 6th Dalai Lama and is known to have paid taxes to the traditional Tibetan administration in Lhasa. It is perhaps worth remembering that in 1960, a similar development had taken place on the Indian side when the Ministry of External Affairs discovered records in British archives that suggested India’s claims to Aksai Chin were stronger than originally thought. This allowed Prime Minister Jawaharlal Nehru to take a harder line on Aksai Chin after long having expressed doubts about the strength of India’s claims.

Third, in their boundary negotiations during the 1980s, India introduced the idea of a sector-by-sector approach to settling the boundary dispute instead of accepting the ‘package deal’ put forward by the Chinese. While New Delhi assumed this would allow the two sides to resolve the easier areas of the dispute first before moving to the more difficult ones, Beijing saw this as an opportunity to adopt a maximalist approach in every sector of the boundary dispute and thus began to claim all of Arunachal Pradesh. 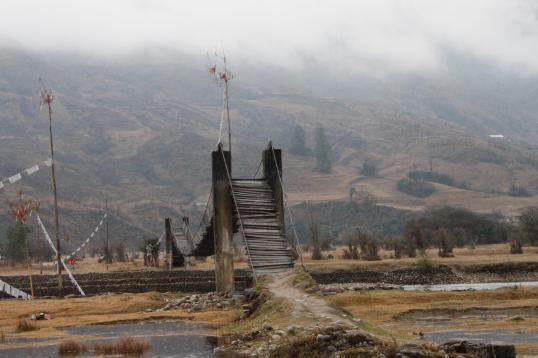 Cut to the present, there are more pressing reasons why China continues to emphasize its claims in Arunachal. Given that the present Dalai Lama has acknowledged Arunachal to be a part of India, the Chinese central government perceives that the claim on Arunachal Pradesh as being part of Tibet territory will somehow reinforce its legitimacy as a defender of Tibetan interests.

Just as importantly, China’s recent troubles in Tibet beginning with the protests in Tibetan areas in March 2008 on the eve of the Beijing Olympics and the more recent spate of self-immolations in various Tibetan areas have undermined the Chinese claim that economic development could serve as a panacea for separatism and anti-China feelings in Tibet. Instead, such economic development has been unequal and uneven favouring usually the Han migrants and urban areas dominated by them rather than the Tibetans. It has therefore, formed an additional cause for resentment against China.

As a result, despite decades of assiduously trying to cultivate Tibetan acquiescence to Chinese rule, Beijing seems to have run out of options. Even if its military control over the region remains strong and unlikely to be shaken, China’s history shows that political regimes have not survived by military might alone but also by convincing their subjects that their rule was morally justified.

Tibet thus poses a challenge to the legitimacy of the Communist Party of China (CPC) and this also explains why the Chinese central government under the CPC adopts a strident approach towards Arunachal whether in the form of LAC incursions, denial of visas to Arunachalis or protests against the visits of top Indian political leaders to the state.

Given however, however, that Tibetans within China are unlikely to consider Arunachal becoming part of Chinese Tibet as reason for accepting Chinese rule, authorities in Beijing might also seek other options to pacify Tibet. One option could certainly be taking a belligerent line with India, to show that India cannot come to the aid of the Tibetans. After all foreign policy has been used before to divert attention from domestic problems, and not by China alone. Chinese provocations such as frequent claims to the whole of Arunachal Pradesh and the increasing frequency of its incursions across the LAC are probably part of this approach.

At the same time, given that both China and India are rising powers, the resolution of their dispute has also become tied to other factors, such as the ups and downs in Sino-Indian economic relations, Chinese perceptions of Indo-US ties and the need for India and China to act jointly on issues of common concern such as climate change, for example,. These bilateral, regional and global factors however, also suggest that the centrality of the boundary dispute to Sino-Indian ties must necessarily decrease. There could well be other issues between China and India that will become more important with time.

Meanwhile, China also has a strong desire to be considered an important and influential global actor. And its belligerence – such as for example, in maritime disputes in East Asia since 2010 – risks strengthening the impression that it is a threat to its neighbours and to regional peace. Further, it works against Chinese interests by providing opportunities for its neighbours to gang up against it, with or without the United States for support.

All these factors together could force Beijing to reconsider its approach on the boundary dispute. New Delhi must also consider the possibility that Chinese provocations, with respect to Arunachal are perhaps meant only to satisfy particular domestic constituencies.

Clearly, India is an important actor and influence in the Sino-Tibetan question. Indeed, the boundary dispute at its very basic is only a euphemism for the larger problem of the place of Tibet in Sino-Indian relations. The Chinese have always understood this. The point is whether India can respond creatively and positively in a manner that reduces both Chinese anxieties over Tibet as well as Chinese claims over Arunachal.