Contemporary Sino-Japanese relations have long crossed the line from foreign policy to becoming an active domestic issue, particularly in China and now increasingly so, also in Japan. China appears to believe both that nationalist passions can be controlled and that time and demography are on its side. The first assumption is questionable though evidence till now shows that Beijing has been successful while the second is correct. India will then have to manage its relationship with Japan keeping both realities in mind.

Given their long history of exchanges, it was always unlikely that the legacy of World War II would be forgotten or forgiven as in the European case but in both countries this past is now being used to rake up and create fresh reasons for discord and enmity. In China, the humiliation of being overrun and subject to the depredations of the Japanese was the worst of the ‘century of humiliations’ while for the Japanese, their brief dominance over China allowed them to finally emerge from the long historical and civilizational shadow of their larger neighbour.

Cut to the present, most Japanese do not seek a nuclear-armed Japan and acknowledge problems with honouring their war dead at Yasukuni when the shrine also houses Class-A war criminals. The Yasukuni visits started gaining prominence in Japanese national consciousness only after China’s actions and rise began to be seen as challenging Japan’s hard-won post-WWII economic and political space in the region. Japanese apologies for WW II are certainly less than complete but as countries with similar cultural mores and less than exemplary records of truthful history-writing or accountability themselves, the Chinese and Koreans should know that this is as much can be expected, at least for now. And Deng Xiaoping, in any case, had no qualms about dealing with the same Japanese when he thought it opportune to do so.

The current attacks on Japanese products and investments over Japan’s lack of contrition and the nationalization of the Senkakus is thus seen by many Japanese and others as a ploy by the Chinese communists to distract attention from their own internal troubles. This might have been true in the past, but today, Chinese diplomatic rhetoric backed by active harassment of Japanese and other Southeast Asian maritime assets and shows of strength in and over disputed waters also form part of a new ‘great game’ for Asian dominance between the Chinese and the Americans. If the US thought its ‘pivot’ to Asia would suffice to keep Beijing well-behaved, then the latter has reacted by deciding to test the resilience of US alliances in the region. In the case of Japan, even as Washington assures Tokyo of its reliability, it also pushes Japan to take a more pro-active role in its own defence. If Japan were to junk Article 9 or visibly upgrade the role of its military forces, then Beijing will have been proven right all along.

Meanwhile, Beijing’s has tried to use a divide-and-rule policy against Japan itself. Even as there is talk of a possible Xi-Abe meeting on the sidelines of the APEC summit in November in Beijing, the Chinese Foreign Ministry spokesperson was unusually strident when he declared that ‘Our attitude, which is clear enough, can be described by a popular catchword in China “don’t even bother to approach me if you are not absolutely sincere”. If Japan refuses to correct its attitude and take concrete actions, there is no way for China and Japan to improve their relations.’ Liu Yunshan, No. 5 on the CPC Politburo Standing Committee also met with Japan’s opposition Democratic Party of Japan (DPJ) in July.

However, the message, even as the CPC and DPJ seek to increase party-to-party and youth exchanges is constant – Japan had to learn from history and pursue peaceful development. There are also events organized where prominent intellectuals from Japan are given an opportunity to oppose Japan’s attempts to contain China and to criticize the Japanese right wing for its ‘attempt to break the [post-WWII] international order’. Other attempts to keep Japan on the straight and the narrow – as defined by the Chinese include, a Chinese industrial alliance of rare earths companies against a Japanese monopoly, lawsuits by families of victims of Japanese massacres during WW II, the release of video footage of Japanese surrenders in China at the end of WW II, and the publication of confessions of Japanese war criminals and other historical documents. There is a constant public reiteration of history as the Chinese it and the denial of Japanese versions and calling Japan’s ‘unilateral measure … illegal and invalid’. 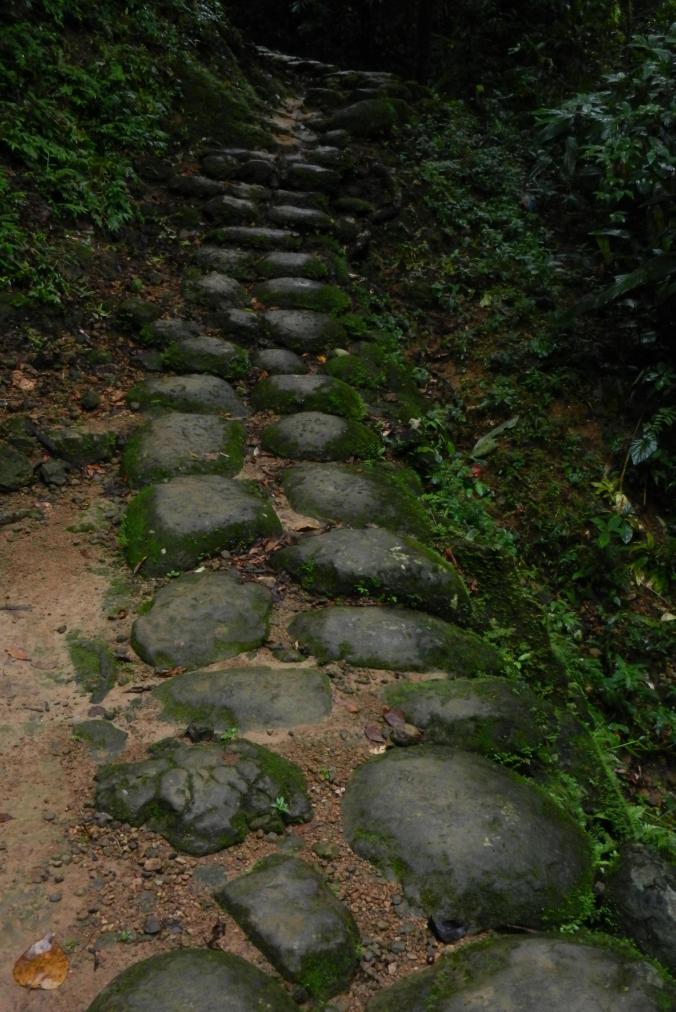 China believes that irrespective of whatever else happens in the region, Japan’s future is bleak owing to its internal conditions including a stagnant economy. In the meantime, however, Beijing continues to use historical animosity towards Japan elsewhere in the region to offset any worries about its own rise. Xi Jinping’s visit to South Korea in early July, offered just such an opportunity to criticize both Japan’s ‘active pacifism’ strategy and Tokyo’s view of China as an emerging hegemon. China’s involving Seoul and references to Japan’s lack of independence in foreign policymaking are attempts to drive a wedge between the US and its primary allies in the region. At the same time, Beijing is trying to change both the realities on the ground as well as the discourse by active patrolling of its new ADIZ and portraying the Japanese on their patrols as intruders threatening Chinese military forces that were only engaged in ‘safeguard[ing] national security, normal order and the safety of flights over the East China Sea’. Similarly, Tokyo is accused of playing up the threat from China in its 2014 Defense White Paper and as ‘seeking excuses for its military and security policy maneuvers as well as its armaments expansion’; it was Japan that was ‘engaging in regional destabilization’ and had ‘broken its post-war pacifist pledges’ and [looked] poised to assert its military presence over the Asia-Pacific’.

India in the Mix

Indian Prime Minister Narendra Modi’s admiration for Japan and his special ties with Japanese Prime Minister Shinzo Abe are well-known but it is important for his government to keep in mind Sino-Japanese dynamics. The Chinese are not going to object to an expansion of Indo-Japanese economic ties but will however, raise concerns and objections to India-Japan political and military ties that they will interpret easily as possessing an anti-China angle. That said – and this must be underlined – Beijing is also not going to be surprised at such ties between its two neighbours. There is therefore, no need for an excessive sensitivity to China in the matter of India’s building up ties with any of China’s neighbours. The loss is New Delhi’s if however, after having raised the ante, it does not follow through with expanding and sustaining such ties.

The political leg of the Indo-Japanese relationship is extremely weak and could do with bolstering. Japan might nominally be a democracy but in some 60 years of the relationship neither New Delhi nor Tokyo have really laid emphasis on this aspect even when they came together on platforms such as the G-4 of countries – involving India, Japan, Brazil and Germany – seeking a permanent seat on the UN Security Council. Rather, it has usually been their common threat perception from China that has driven engagement. However, this common threat has not really helped build the foundation for anything deeper or sustainable in the politico-strategic realm beyond the occasional military exercises. The strategic dimension of the relationship remains limited to the economic.

Further such endeavours as the G-4 are foolish in the extreme, if New Delhi has any sense of the nature of the Sino-Japanese relationship. India and Japan must concentrate on region-level partnerships such as in Myanmar or in Afghanistan where Indian goodwill and ability to take security risks and Japanese financial and technological resources can benefit all three parties concerned. Japan and India could also do more to promote the idea of respect for the ‘rule of law’ and of the resolution of disputes according to international law, in the manner that Tokyo has recently attempted to do with Brazil.

Another idea could be to initiate multilateral maritime exercises with ASEAN countries that include Japan and/or Australia but not the US. Beijing will react but its reactions without having both Washington and Tokyo to target or blame for the initiative are likely to be considerably more muted. China might even seek to join these groupings but will then have to do so on terms set by its neighbours. For New Delhi and Tokyo to determine and to agree on what these terms of socializing China will be requires greater foresight, preparation, thought and patience than has been evident so far.

2 thoughts on “India-Japan Ties in the Sino-Japanese Mix”