Xi Jinping, currently Vice-President of China, is slated to take over as General Secretary of the Communist Party of China (CPC) at the 18th Party Congress in October 2012. He will thus be part of the ‘fifth generation’ of Chinese communist leaders to take power since 1949, following in the line of Mao Zedong, Deng Xiaoping, Jiang Zemin and current CPC General Secretary and state President Hu Jintao.

The 58-year old Xi is the son of a respected Communist Party elder who was purged in the Cultural Revolution before being rehabilitated in the Deng Xiaoping era. Xi is thus a ‘princeling’ as children of senior CPC functionaries are known, born as they are into privilege and important personal and professional networks.

Xi himself was sent down to his father’s native Shaanxi province during the Cultural Revolution at the age of 15 to be ‘reeducated’ by hard labour.  In 1975, he entered China’s elite Tsinghua University and studied to become an engineer and presently also holds a PhD in law. Xi’s climb up the leadership echelons includes considerable experience at the top echelons of administration in Fujian and Zhejiang provinces as well as in Shanghai from where he was selected to become a member of the Politbureau Standing Committee in 2007 and thus marked out as the future leader of China. He became in succession Vice-President of the country and vice-chairperson of the powerful Central Military Commission, being thus groomed to take over all the top positions in the Party, state and military. 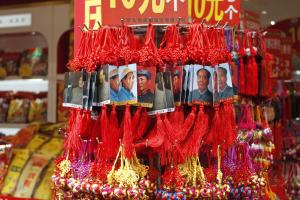 It must be remembered that while China does not have elections of the kind we have in India, all of China’s leaders today are chosen by Party delegates on the basis of more or less clearly defined rules. Thus, educational qualifications and administrative experience are just as important as connections or guanxi, in their rise to the top. And there is a retirement age for the top leaders in office, even if this does not mean that they do not retain influence or power afterwards.

Chinese ‘civil society’ meanwhile, is seeking both accountability and increasing space for democratic expression. The question therefore, being asked of Xi is whether he can lead his cohort of fifth generation leaders and China itself towards democracy and the rule of law.

Whatever be Xi’s inclinations in this regard, he is unlikely to have a free hand to run the country according to his wishes, given that the members of each Politbureau Standing Committee are so selected as to be capable of checking any one leader from achieving unbridled power.

Unlike his predecessors Hu Jintao and Jiang Zemin, Xi has some limited military experience having served as a secretary to a former defence minister. This would have provided him opportunities to gain some experience of the workings of the military and more importantly to build connections with future military leaders, many of them, themselves princelings. While these factors could possibly help Xi when he takes over as Chairman of the Central Military Commission in 2013, it remains to be seen how effectively Xi will maintain control over the Chinese military or whether it will constrain his foreign policy choices.